A Conversation: Children Are Smarter Than Adults

Sometimes kids are smarter than grown-ups.

The other day  my nine-year-old asked me what “respect” meant.  She’d been reading a book and, apparently, ran across that word.   Our conversation went verbatim as follows:

Me:  “It means treating someone like she’s important.  Like when she does or says something, it matters.”

Me:  “That’s probably the most important way kids show respect to each other.  But it can also mean like when somebody makes a suggestion, you actually think about it instead of just saying you’re not going to go along with it.  You show respect for adults by not backtalking or interrupting or, you know, respect is really just like common courtesy.”

A:  “Can you respect yourself?”

I had to think about that one for a minute.  Then I went on to say that respect and trust are probably tied as the most important elements of a friendship or relationship.  The girls let it go, and we moved on to more typical-kid conversations.   Night fell and I found myself still mulling over the conversation, especially Breathe’s vehement declaration that one can’t really respect one’s self because one already knows she’s important.  That idea turned over and over in my head, again and again, like a broken record.   A well-spring of tenderness bubbled to the surface of my heart.

I have a had time respecting Tiffini.  Let’s  be honest,  I have a hard enough time just liking her most days.  I’ve spent 33 years trying with all my might to put her in the shadows.  I have about 43,000 pictures of the girls (and no, that actually is not an exaggeration!) but when I go to a signing or reading,  I rarely ask someone to take a photo of me signing.   In fact,  every time a new book is about to be released,  I start freaking out about what kind of picture I have to use as the “author’s photo.”  I haven’t had a professionally taken photograph of myself in years.  But it’s a lot deeper than pictures, of course.  I don’t buy myself anything.  There’s a book I really, really want to read… but I won’t spend the $10 it would take to buy it.  There’s a pillow I want, too.  It  is super, super nice and has the phrase,  “God Of All Comforts” on it.  But that pillow costs a fortune, so I won’t have it.  I don’t have anything to sleep in and I haven’t bought myself a new outfit in decades, except by way of gift cards I’ve received for holidays.  And then there’s the whole other realm of relationships.  Did you know that, if I really get gutsy honest with myself, the truth of the matter is that there is a deep part of me that believes really crazy things.  Like I’m not allowed to ever, ever, ever initiate, participate or, God forbid, enjoy intimacy of any sort.  Royally ticking off my feminist counterparts,  the truth of the matter is that I actually believe that things like physical intimacy…. that’s for men.  I went along with it, sometimes, because I loved him and because relationships, after all, are all about give and take.  I give him intimacy, he gives me love:  fair trade.   Intellectually, I realize this is all nonsense.  But I still believe it enough that it dictates my behaviors without me being consciously aware of it.

Tiffini is good, perhaps, for all things related to children.  She can tell you when and where the coolest events are taking place around town on any given day.  A friend even likened her to a “virtual calendar.”  And when she puts her mind to it, she can be a decent writer.  She’s fiercely loyal.  And that’s all Tiffini is good at.   This is what I’ve believed for decades and decades.   When someone compliments me on being a teacher or a mother or a writer,  I’m able to at accept the compliments because those realms hold the entirety of my worth.   While ruminating on the years in which I deliberately starved myself,  my mother once said,  “You could have died from that, you know.  But you’re too smart.  You knew too much about psychology and eating disorders and so you didn’t let it happen.”     I am constantly working to consciously counteract the scripts that that inner voice we all have, that awful inner critic, keeps shouting at me.  My mind knows children imitate their parents, so I never, ever make a derogatory remark about myself in front of the girls.  My mind knows that a lot of it is leftover lies, so I make a deliberate choice  to ignore the ideas that float into my brain.  I try really hard to put any idea I have to the test.   For instance, if I find myself thinking about how ugly I am,  I throw a mental stop sign in front of my eyes.  Literally.  I imagine a great big STOP sign.  Sometimes, when the thoughts are really bad,  I say the word “STOP” out loud.  It cuts the bad thoughts away.  Then I rephrase or dismiss the bad idea entirely.  It doesn’t mean I don’t still believe it, I just choose not to focus on it.  So I will deliberately counteract negativity by doing things like wearing that mismatched ring because I like it instead of choosing not to because I want to “fit in.”  Somehow,  I make it work.  At the end of the day,  I don’t hate myself which, given my propensity for self-defeating thoughts, is nothing short of a miracle. And while I’m sure the woman next door is “better” and “worthier” than me,  I somehow keep myself from drowning in shame.  I hide behind bright smiles and bubbly conversations.  I hide behind the books.    However I’m hiding on any particular day,  the ultimate goal is the same:  stay low.  I love to give things.   I love to give because of the expression on the face of the friend to whom I am giving.  I love to give because in surprising someone you can catch their unguarded, honest opinion of the gift and of you.  I love to give because, if I give enough, then I might be enough.  My point is…. I have to consciously, deliberately question every, single idea I have about myself because I don’t trust them not to be self-destructive.

“Can you respect yourself?”

Evidently, the only thing that does matter is that you’re a human being and because of that simple, indisputable fact, my nine-year-old thinks you should just know you’re important.  In the private recesses of my brain, this idea that you don’t have to “measure up”  to anyone or anything in order to deserve respect is quite revolutionary but Breathe sees it as a fact of life.  You don’t have to think you’re important because you just are in quite the same way you don’t have to choose to breathe oxygen—you just do it.  I can look at my daughter and, without even trying, produce an impressive list of all that makes her extraordinary and unique.  Without even trying, I can name multiple reasons why she is deserving and special.    But what’s even more impressive than any of those things I could name is that she knows she is important.  She knows she is the daughter of a King.   She knows her opinions and ideas are just as worthy of consideration as mine or anyone else’s.  She knows life is valuable–not only hers, but the lives of everyone male or female, rich or poor, young or old.  She knows life is not on a balance scale–her life is no less important than the President’s or the Queen’s or the Pope’s.  Unspeakable sadness and change would come to the lives of those who know Breathe if she were ever fatally injured, just as people would mourn the loss of the President or Queen or Pope.   Her life matters.   Not because she’s contributed to humanity through literature or an invention or medicine but because she’s contributed to humanity through her smile, her hugs, caring for her sister and friends,  her prayers.  She deserves respect simply because she tries to do what is right and because her heart is sincere.  She deserves respect because she cares about how she treats others.  She deserves respect because she was made in His image.

As was that other girl I know named Tiffini.

I used to think respect was reserved for people who were super intelligent or sacrificial.  But the truth is,  when the clothes are stripped away and the trappings of a materialistic world burned, we’re all the same.  McGyver might be able to get us out of a jam, but  I’m pretty good at listening.   Mother Teresa may have been a saint, but I’d give up my life in an instant for those I love.   Lucille Ball’s work still makes thousands laugh while relatively few know who I am at all,  but my heart and soul are in each and every one of my books.  Next Door Lady might look like a cut-out model, but my scars are stories, stories either of how my life was saved or how other human beings, my children, were brought into this world.  Maybe you bottle fed your children while I breastfed for the first year;  maybe your children were sleeping in their own beds by 2 months of age while mine co-slept.  Maybe your children are on the Dean’s List every, single time while mine are homeschooled.  My guess is both our children are well-adjusted and happy and loved so what else matters?  In the end, life is not a competition;  we all bleed red.  Respect is not earned by fitting in or by following the masses.   Respect is earned by working hard and caring about those around you.   What’s really important to society is usually not important to me.  That doesn’t make me less respectable;  it just makes me different.   I’ve failed the respectability test in my own eyes for years because I was using society’s standards by which to judge myself when society’s standards are human-imposed and therefore subject to human error.  The only test for which I am accountable is God’s and, as a saved believer in Christ–wounded or not, powerful or not,  beautiful or not–I pass that test.

Respect is the foundation for confidence.  If you believe  that your values are worthy, your ideas creative, your time valuable and your friendship deserving, then you’re more apt to believe in yourself enough to actively pursue dreams.   And if you respect your own ideas and intrinsic worth, you’re more likely to be persistent when at first you don’t succeed.  And if you’re persistent, you’ll eventually discover a path to your dream, which will then boost your confidence, which will then boost your self-respect.  I’m not more than anyone, I’m the same.  Just as we all are and, by the way, being the same isn’t boring:  it is in our unity we find our strength. When we accept this, when we come to believe it and cherish it as true, our lives shift until we become active participants in life rather than passer-bys.  Respect gives us confidence,  faith gives us wings. 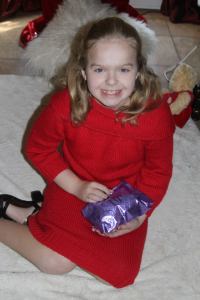 ← A Letter On His Birthday A Letter to Ash, My Imaginary Friend →